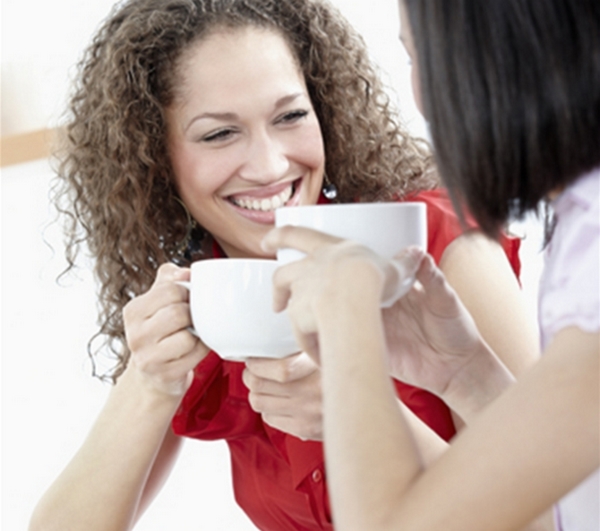 They say the road to hell is paved with good intentions, but a new study suggests they can be a balm in the here and now.

“The way we read another person’s intentions changes our physical experience of the world,” said researcher and University of Maryland Assistant Professor Kurt Gray. His study found good intentions can soothe pain, increase pleasure, and even make cookies and candy taste sweeter.

In his study, Gray demonstrated the power of good intentions in three separate experiments: The first examined pain, the second examined pleasure, and the third examined the taste of a sweet treat.

In the first experiment, three groups of participants received identical electric shocks at the hand of a partner. Members of the first group were in the “accidental” condition: They thought they were being shocked without their partner’s awareness.

The result: Participants in the “benevolent” group experienced significantly less pain than both the “malicious” and “accidental” participants.

In the second experiment, people sat on an electric massage pad that was repeatedly turned on, either by a computer or a caring partner. Although the massages were identical, Gray found that partner massages caused significantly more pleasure than those administered by a computer.

“Although computers may be more efficient than humans at many things, pleasure is still better coming from another person,” he said.

In the third experiment, participants were given candy with a note attached. For the benevolent group, the note read: “I picked this just for you. Hope it makes you happy.” The non-benevolent group got a note that read: “Whatever. I just don’t care. I just picked it randomly.”

Gray reports that the candy not only tasted better to the benevolent group, but it also tasted significantly sweeter.

The study’s findings have some clear applications in the real world, according to the researcher. For example, medical personnel should brush up on their bedside manner, he said.

“How painful people find medical procedures depends in part upon the perceived intentions of the person administering it,” Gray said. “Getting blood taken from a stony-faced nurse hurts more than from an empathic one.”

For those in relationships, the message is to make sure your partner, family member, or friend know you care.

“It’s not enough just to do good things for your partner — they have to know you want them to feel good,” he said. “Just imagine saying, ‘fine, here’s your stupid hug’ — hardly comforting.”

The same would also seem to apply to cooking, where emphasizing your concern about the experience of the diners makes things taste better, he added.

The study also suggests the general benefits of thinking that others mean well.

“To the extent that we view others as benevolent instead of malicious, the harms they inflict upon us should hurt less, and the good things they do for us should cause more pleasure,” Gray said. “Stolen parking places cut less deep and home-cooked meals taste better when we think well of others.”

The study was published in the journal Social Psychological and Personality Science.