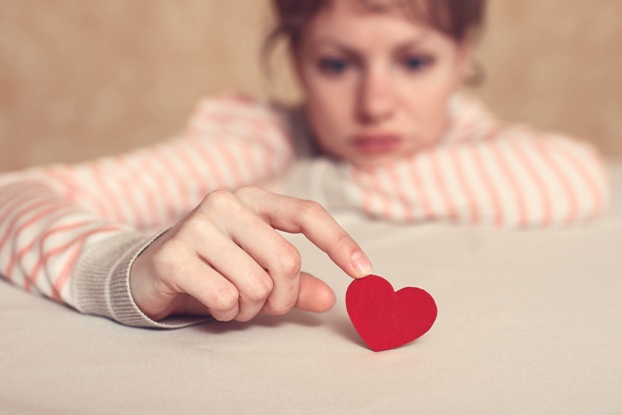 They say breaking up is hard to do, and we couldn’t agree more. Everyone has at least one tragic, hilarious, and/or awkward breakup story to tell. These oftentimes painful experiences are more universal than you might think. We’ve broken down eight common splitting up experiences. Maybe you’ve experienced one…or, oof, all eight of them.

If you’ve dated in the 2000s, chances are this has happened to you (or you’ve done it to someone else). Let’s be honest; sometimes it’s a relief—you might have been feeling the same way but were unable to bring yourself to have that awkward voice-to-voice conversation. Other times, it can feel like a punch in the gut. This one can also be called the, “I don’t really owe you anything” breakup or the “We just had sex once, and I have no interest in doing it again” severing of ties.

Also known as the disappearing act. Maybe the only thing worse than being dumped by text is not being properly dumped at all! Most people would rather hear a “no” than nothing. “Ghosting” is the unofficial term for this maneuver. Cut your losses and move on, but whatever you do, no follow up “making sure you got this” messages.

This is the polar opposite of the oldest trick in the book (leaving something so you have an excuse to see them again). This kind of breakup says, “I’m so over this, I’m willing to never see that helmet I left in your trunk again.” Or you finally work up the courage to end things, and he reminds you that he still has that book you loaned him. Having no interest in bringing any more face time into this dead end, you tell him to consider it a parting gift. Then you immediately block him on Facebook.

4. The Pubic Display of Dissatisfaction

This is the worst. It’s done on neutral ground so nobody feels comfortable having an emotional reaction. What are you going to do? Have a meltdown over your skinny latte at the local Starbucks? The good news is there is sugar at your immediate disposal to numb the pain right after your former lover bids you adieu.

Would you rather they had waited until after Christmas passed and then maybe New Year’s, okay, Valentine’s Day? Because that could go on forever. There is always some sort of special occasion looming, so if you don’t do it sooner or later, you’ll find yourself justifying your inaction with crazy logic. “Well, I can’t break up with him now, Flag Day is next week, and his sister’s anniversary is the week after that—what sort of monster am I?” It’s a rabbit hole no one wants to go down.

Ouch. This one stings. It may sound like a plot for a generic romantic comedy, but it can happen in real life. How do you get through it? Depending on how deep into the relationship you were, you could be looking at the loss of a lover and a gal pal. Or maybe you felt like he’d be better for her all along! In that case, high five, matchmaker.

Come on, we’ve all been guilty of the fade out. One or both of you aren’t really feeling the chemistry, but no one wants to admit it. So you keep trudging it out until one day your conversation becomes, “When are we hanging out again?” “Some time soon!” and other vague promises until you both give up trying. Galloping into the sunset on horseback optional.

This is an updated version of, “It’s not you, it’s me.” Often doled out by someone too afraid to utter, “I’m just not that into you,” the I’m-too-busy-for-a-relationship card is a favorite among the emotionally unavailable and the intimacy-phobic. We’re usually all better off without this person, but it can still be hard to swallow at the time.