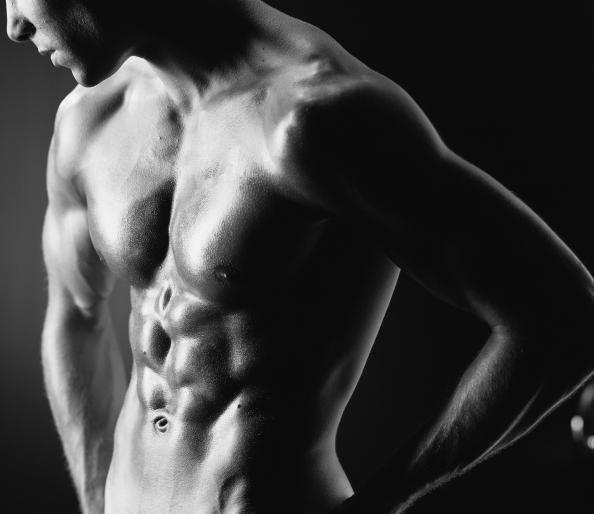 Build a midsection like a stone pillar with the Saxon side bend.

To build truly strong and eye-popping abs, you have to expand your ab-exercise repertoire. And while this move is probably new to your ab-building toolkit, it’s actually lasted 100 years—and for good reason. Arthur Saxon—an early-20th century strongman—used it to build his core to the point where he could perform staggering feats of strength, such as extending a barbell loaded with 370 pounds overhead with one arm, while bent at the hips to one side. Now known as the Saxon side bend, this old-school core-builder is definitely worthy of  21st century workouts.

Like the conventional side bend you’re already familiar with, the Saxon side bend works the obliques. But because your arms are overhead, the stability component is much more challenging. If a weak core has been holding back your overhead pressing power, this move will correct it.

1. Stand with your feet at shoulder width and hold a light dumbbell in each hand. Press the weights overhead, but keep your arms slightly bent. Brace your core and glutes for balance.

2. Bend as far as you can to your left side while controlling the dumbbells. You should feel a stretch in your right obliques. Reverse the motion and bend to your right. That’s one rep.