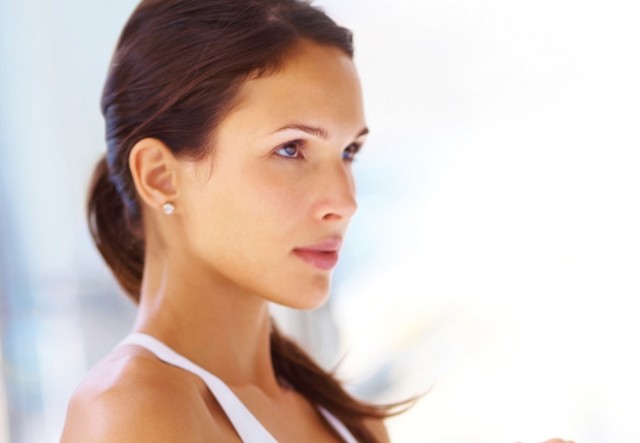 Moisture loss is a one-way ticket to wrinklestown. Don’t believe us? Next time you’re dehydrated – after a night on the prosecco or endurance event – look in the mirror at your décolletage.

Here’s betting it’s wrinkled. The same effect applies to skin on your face, which can look years older within hours.

“Moisture loss does not directly accelerate skin ageing, but it will accentuate the appearance of fine lines and wrinkles, making a person appear older,” says Dr Hunt. The good bit is that you can wind back the visual clock just as quickly by replenishing your body’s fluid stores. As for moisturisers, they’re hit and miss.

How does it happen?

1. As we age, a reduction in function of the skin’s glands results in lower levels of natural lipids.

3. Dehydrated skin disrupts normal skin function, resulting in skin cells that do not shed normally and build up at the surface, appearing rough and dull. Moisture also maintains the elasticity of the stratum corneum (the top layer of skin cells) and once it dries out, the skin becomes tight and susceptible to cracks or splits.

How to avoid moisture loss

Lifestyle: It makes sense – keeping your body quenched on the inside is going to show on the out. “Stay well hydrated and avoid excess alcohol, coffee and tea, all of which dehydrate the body and skin,” says Dr Hunt.

Product: A good moisturiser speaks a thousand skin-saving words according to Dr Hunt. A good one will have three characteristics – an occlusive component, a humectant, and emollient properties. “The occlusive component (e.g. lanolin or mineral oil) forms a protective film on the surface of the skin. The humectant (e.g. glycerin, hyaluronic acid) attracts water from the deeper layers of the skin and ‘holds’ them at the surface. The emollient (e.g. isopropyl isosterate, jojoba oil) fills the crevices between shedding skin cells, resulting in a smooth, soft texture.”

Fillers: For a two-in-one, injectable hyaluronic acid-based fillers smooth lines and improve moisture levels. “Hyaluronic acid has the ability to attract and hold several times its weight in water and when used in injectable fillers it has been shown to increase skin hydration levels,” says Dr Hunt.