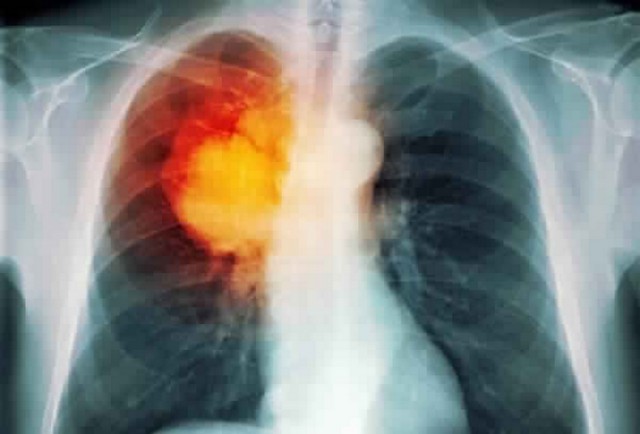 European scientists reported that they might have found a breakthrough for the most common cancer in women.

According to statistics, 1 out of 8 American women develop breast cancer during their lifetime. According to their clinical trial, the scientists claim that they might’ve found a way to put an end to this deadly disease once and for all.

Professor Nigel Bundred presented a research at the European Breast Cancer Conference taking place in Amsterdam, and it revealed that their research consisted of tests for effectiveness of the drugs Lapatinib and Herceptin.

The two drugs aren’t anything new in the treatment of breast cancer however up to this point the drugs have been used separately. For the research on the other hand, the drugs were combined together before the surgery and after chemotherapy. The end results showed that these two drugs, when combined, can potentially eliminate types of breast cancer in just 11 days. How amazing is that?

The scientists were funded by Cancer Research UK, and they aimed to use these drugs to eliminate and fight a protein by the name of HER2 (short for Human Epidermal Growth Factor Receptor 2). This protein is known to affect the division and growth of the cancer cells, and is also more likely to return than any other cancer type.

What makes this treatment one of the best so far is that it completely eliminates the need for surgery and chemotherapy. There are no unwanted side-effects like fatigue, vomiting or hair-loss since this treatment is less impactful on the body. Plus, chemotherapy is not always effective and it isn’t the right choice for some patients, so any kind of alternative cure and medicine are always welcomed.

The Results of the Study

A study was conducted involving 257 women with positive HER2 breast cancer. They were divided in two groups, the first one was put under the drug combo, and the other group was the control group. The results showed that the group that was under the drug combo, 11% had no cancer cells in their body in just 2 weeks, and 17% of the cases had miraculously shrunken tumors.

The other group was only given the Herceptin, and 0% of patients had been completely free of cancer cells, and only 3% of the patients had shrunken tumors. This makes it clear that the combination of the two drugs provided a far more effective treatment than when the drugs were given separately.

The only problem remaining now is the fact that the licensing of Herceptin only makes it available for use alongside chemotherapy, but our hopes are high that this newest study will change that.

After all, there is still a lot of work and researching to be done, but so far this has been a big breakthrough and a major step towards the fight against one of the deadliest diseases. With medical advancements like this coming out every year, we might win the fight sooner than we think.