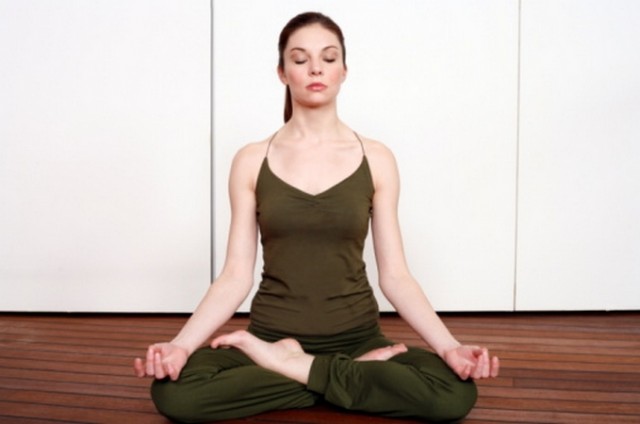 Certain yoga postures (asanas) and breathing techniques have been shown to interrupt the stress response.

Albert Einstein said problems cannot be solved by the same level of thinking that created them, yet the contemporary cult of cognition, in which the rational mind is tipped as a kind of Swiss army knife, has fostered a belief that we – beings distinguished from animals by our ability to reason – should be able to reckon our way out of mental distress.

Increasingly, however, science is recognising that the best way to fight physiological responses, such as the symptoms of stress, is via the bodymind.

While stress starts out as a thought in response to an event or circumstance, it swiftly dominoes into an involuntary physiological response. What you feel when your jaw aches from grinding your teeth on deadline or when the relos invite themselves for Christmas lunch indicates that you’re operating in danger mode.

“When we are in a stressed state, the sympathetic nervous system (SNS) is in control,” says Melbourne-based yoga teacher Phoebe Waters (pictured). “This is known as the fight or flight response; the pace of our breath becomes short and fast and the body becomes prepared for intense physical activity, increasing our heart rate and blood pressure.”

How to de-stress with yoga

When the parasympathetic nervous system (PNS), known as the rest and digest state, is in control, heart rate and blood pressure is lowered and breathing slows down. It’s a bit like putting the car in reverse.

“During yoga you can consciously stimulate your PNS by practising basic breath awareness with slow, even inhalations and exhalations in and out of the nose.”

Practising yoga could also guard against stress-related nervous system imbalances according to a research review published in journal Medical Hypotheses. Patients with stress-related psychological and medical conditions such as depression, anxiety, high blood pressure and cardiac disease could benefit from yoga in conjunction with standard treatments, psychiatry researchers reported.

An earlier study found that subjects who practised yoga for 12 weeks logged increased levels in gamma amino butyric acid (GABA), which is often low in patients with anxiety disorders and post-traumatic stress disorder, while a walking group had no GABA spike.

Whether you’re a yoga novice or Ashram regular, combining these postures with slow, conscious breathing will lower the body’s stress response. Remember to adjust and support your pose in response to how your body feels. You should never feel pain.