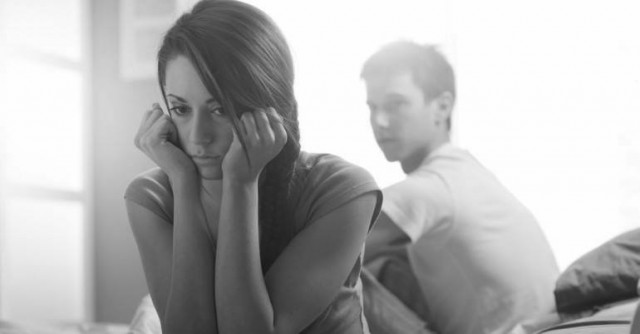 When blood sugar levels return to normal, reality tends to kick us right between the eyes. What then? Every situation is different. Sometimes after a high blood sugar we have to apologize regarding our behavior or something we didn’t mean to say.

In the song “The Stranger,” Billy Joel talks about the stranger within ourselves, and how we hide parts of ourselves to our partner, until one day our best behavior disappears and our true self emerges. As human beings, our defense mechanism prevents us from being 100% honest with our self and others. We hide a portion of our personality. It is truly for the protection of our self and our relationships with others. Some things are best left unsaid. So, when blood sugars go high, these defense mechanisms tend to fall apart. The voice that says, “don’t say that” or “don’t do that” because you will hurt the one you love, goes away.When the stranger comes along and our thought process gets distorted, we start acting on impulse instead of maintaining our well thought-out behavior. There are ways to reduce the personal damage that occurs.

Johnny’s girlfriend at the time was to come over to his house. He had till 1pm to get ready for her arrival. His fasting blood sugar was 98 mg/dL that morning. At the time, it seemed his day was off to a great start.
Unknowingly, his blood sugar level had risen to 250mg/dL by noon that day. He felt tired and he was ravenous. He was angry with himself for not paying attention to his blood sugar levels. He was feeling depressed and not wanting to talk to anyone.
She called and told him that she was not going to get to his house until 4 pm or 5 pm. Instead of being grateful for the heads up, He started a fight but can’t remember what he said. By the end of it, their relationship was almost over.

So, he gave himself a shot of insulin to compensate and ate something. Still confused and not realizing that his girlfriend may not be coming over he started to clean for her arrival, but he didn’t have the energy to clean his apartment.
It was 3 pm and he was still physically and mentally exhausted when he called his girlfriend back and informed her that his blood sugar was high and he wasn’t thinking clearly. In session we talked about how to reduce the emotional impact this situation had on the both of them and how his girlfriend could help Johnny when he is in that state of mind.

Here are the rules of engagement that were discussed during my session with Johnny.

Feel it. Check it. Tell it!

If the person living with diabetes feels sick or down, it is their responsibility to themselves and their relationship to check their blood sugar. If it is out of the normal range, it is their job to tell those around them and their significant other.

When one’s partner sees that the person living with diabetes is either acting out of the ordinary or seem sick, it’s their responsibility to let him/her know. It is the individual who is living with diabetes who should be gracious by not disregarding their partner’s observation.
By checking ones blood sugar and telling their partner the results they are showing the partner that his/her opinion is important to them.

It is the significant other’s responsibility to be understanding and not take comments personally when the person living with diabetes has high or low blood sugars. This falls in line with, “don’t sweat the small stuff.”

It’s not your fault!

This falls on both of you. Regardless of blood sugar levels, both of you need to keep in mind that if blood sugars are out of the normal range it’s ok as long as actions are taken to move it back in range.
There are about 100 various factors that play a role in one’s blood sugar levels and only a few of them are capable of being managed.
As long as you are managing the ones that are within your control, like monitoring the levels and adjusting as needed, you are doing well. If you don’t manage the ones you can control then the above rules don’t work.

I put this one in for myself and now for you. It’s my fault if I am one of those people who choose not to get help, or don’t actively or refuse to take care of my diabetes management.
On Johnny’s next visit he informed me that he had a productive conversation with his girlfriend. This was one of his deals to his girlfriend and he considered it a deal breaker! “If I don’t do the following; actively take care of my diabetes management, then I am causing unnecessary emotional drama in my relationship and she would not be blamed for leaving me.”

His vow to her: “I will always do my best to take care of me and get help for my diabetes when needed.” Johnny is no longer with that girlfriend but he is happy that diabetes played no role in why it ended.
In the future, Johnny started telling those around him when his blood sugar was high or low. He found most people to be supportive and understanding. Those people who care about him now point out when he look or seem off, and when they do he goes test his blood sugar level because you never know.

Medical Disclaimer: All the advice is therapeutic in nature and should not be considered medical advice. Prior to making any changes to your diabetes maintenance program, please consult with your primary physician or endocrinologist.