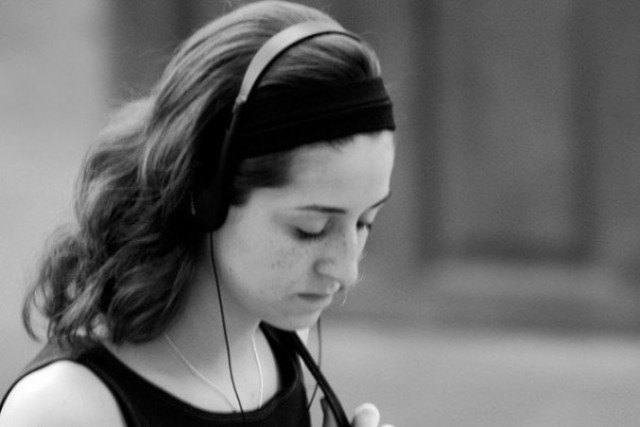 Feelings can be contagious. The highly sensitive person, also known as an empath, is no stranger to catching the feelings of others. They are very perceptive of the emotions and underlying motivations of others. They have a keen intuition and have probably been referred to as “too sensitive” before.

Because they process so much sensory information in their environment, they tend to become overstimulated and stressed out. Much like an introvert, they need restorative downtime, time away from the sometimes negative energy of others. But what about stopping this process before it gets you down? What about selecting the emotions we want to process and not contracting the ones we don’t?

When a person full of negative energy — whether it’s spite, ridicule, or abject pessimism — enters a room occupied by an empath, the empath picks up on those feeling right away. The empath loses their grip on how they previously felt, giving it all up to understand and maybe help the negatively charged person.

In order to do this they have to take in everything in their surroundings. It’s an exhausting task. It’s kind of like having the television and the radio on at the same time, while someone tries to hold a conversation with you and you’re attempting to read a book. Stimulation comes in from everywhere and each bit of data is a clue to what’s really happening at the heart of their world.

“All it takes is one phone call,” that’s what my husband used to say. Just one phone call could wreck my mood and pretty much wipe out a previously fun day. Of course there were specific people in my life who could best be described as “harshly critical” who were the usual culprits. Through a sense of obligation, I was always taking their calls and never thinking, “What’s in it for me? Oh, yeah, I’ll be miserable when it’s over.”

Highly sensitive people are so vulnerable to the negativity of others that it takes practice and patience to avoid catching the feelings of others. Personally, I prefer meditation, specifically the practice of “shielding.”

“Shielding yourself from negative energy” — I know you’re rolling your eyes, but it’s not as far out as it sounds. At some point, we’ve all experienced negativity suck the air out of a room. In walks the joy-kill, the Eeyore, the misery that wants company. Someone drunk, confrontational, crass, hostile, or obnoxious ruins your day. We’ve all had that evening where we took our work home with us; you’re eating dinner with your family and can’t stop thinking about that critical/disapproving thing your manager told you. You want to feel happy and relaxed, but you’re still hanging onto someone else’s feelings. That’s the everyday life of the highly sensitive person.

Sadly, if you’re someone who loves the empath, you’re also no stranger to seeing them get sucked into a negative mindset: That time at the beach where a stranger said something ugly and she couldn’t stop thinking about it all evening. That time he was sure that another guest was being covertly hostile towards him at a dinner party and wanted to leave early.

Shielding ourselves from negativity is something that helps us and everyone around us.

How do you practice shielding?

Deflecting negativity means you don’t have to accept it. You can keep your feet pressed firmly in your own emotional mindset. Nobody can drop a bomb on your optimism. After you practice shielding, when someone comes to share something with you, you immediately consider, “What is this person offering? Are they sending out emotions I want to pick up or some I’d rather not?” There is a boundary, a hesitation, where you once dove in head first.

As an empath, you’re someone full of care and concern for others. You’re a great listener and a great friend. But right now it’s time to be a great friend to yourself and insist that negativity observe your personal boundaries.

Don’t reflect negativity back at others. While it may feel good to hand the burden back to its owner, it’s much better to shrug it off, as I explained in the article “How Sarcasm Could Be Hurting You More than Anyone Else.”

If you keep your optimism high and refuse to be dragged down, you find you’re a better friend and companion to those around you. You become less reactive, a beacon of calm. You can more easily feel and reflect gratitude and joy. With a clearer mind, you’re more likely to perceive things more openly, without judgment, perfectionism, or preconceived expectations. In a way, you become a ray of light — and who wouldn’t want to be that for those they love and care about?