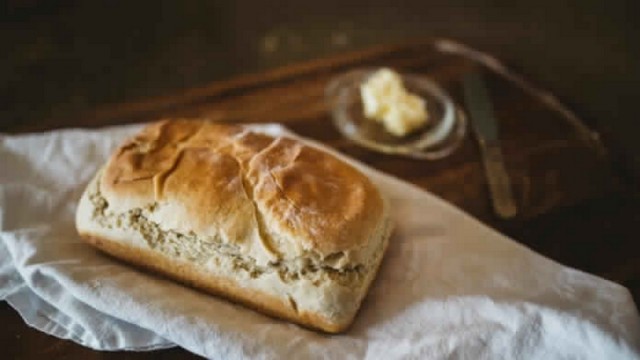 Legumes and pulses are typically what people think of using their pressure cooker for, but did you know you could make other dishes, even desserts, in a pressure cooker? Follow the directions in your specific model’s manual, especially in regard to the water amounts and, of course, the safety features. Yes, you can make a cheesecake right in your pressure cooker. Of course, you’ll want to use the type of pressure cooker that has some precise timing methods, not your grandmother’s stovetop PC, because after all, you are baking, and baking requires precision. Also, cheesecakes and other custard-like dishes can’t be directly cooked in the pressure cooker. The batter needs to be poured into an insert of some kind, and then the insert goes inside the vessel.

Raw rice and water in one insert stacked onto another insert holding lentils — that is a typical way to cook two dishes in one vessel. The rice my mom always cooked is basmati rice, and it would turn out a consistency that is a little mushy, not your typical rice pilaf with long, separate grains that are nearly al dente. So use the pressure cooker for rice if you’re going for that consistency, or play around with the water ratio, and get the right texture for you.

Specifically potatoes and artichokes. Potatoes cook quickly in the pressure cooker, whether you want tiny steamed fingerlings you can slather later with a little olive oil (or ghee) and a rub (like cumin, chili powder and salt) or want mashed potatoes or even baked potatoes. Whole artichokes steam beautifully in the pressure cooker at a fraction of the time. When they’re done, you can season the leaves with a garlicky breadcrumb topping, and they’ll be lip-smacking tasty in under 30 minutes.

While you prep veggies for dinner, throw your scraps into the PC. Pour in some water, a touch of salt, and pressure-cook to get flavorful stock for the next meal.

Braising meats, especially ground and stewing meats, works beautifully in the pressure cooker. Again, watch the water content. The amount of water will depend on what kind of meat you’re cooking and what other ingredients you add.

Those larger oat grains cut in irregular shapes need a longer cook time than rolled oats do, and that may be why people tend to not cook them. But try them in a pressure cooker, and your problem is solved. You can even speed up the process further by soaking the oats the night before. Though I think a slow cooker is better for this particular dish, it can be done in the PC. And, of course, many folks now have the all-in-one vessels that do both.

Throw in some chicken pieces, celery, carrots, sweet potatoes, bay leaf, onion, salt and pepper and water, and you have chicken soup in no time. I learned about this chicken soup years ago from a friend. It was a cold, rainy Seattle night, and she served hot bowls of homemade chicken soup within minutes of our arriving at her house. Served with homemade bread, it’s quick-cooking comfort.

Oh yes you can. You can make pasta in a pressure cooker and not have a soggy mess. Just one example: I recently went to a barbecue potluck and brought the ingredients for mac and cheese with me. The hostess was concerned that I would be cooking instead of enjoying the party. I dropped all the ingredients (including the pasta and water) into the PC, turned it on (she had an electric one), timed it for six minutes and went to the pool to join her guests. Thirty minutes later, when she was ready to serve the barbecue, the mac ‘n’ cheese was hot, creamy and a crowd-pleaser.