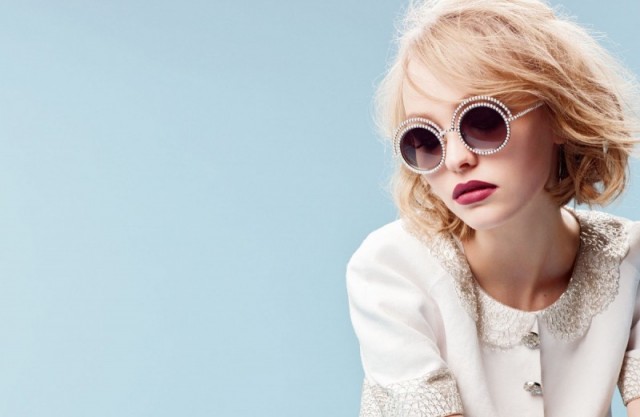 It seems like yesterday that we were singing, “Who’s That Girl?” about Lily-Rose Depp and just like that, she has ascended the throne of Spawn Supreme. The 16-year-old daughter of Cry-Baby Walker and Vanessa Paradis has been announced as Chanel’s latest ambassadress, only four months after her proverbial cotillion at the brand’s Metiers d’Art show back in April. The campaign features Depp as a latter day Lolita (hey, if the trope fits!) wearing a pair of pearl-clad round sunglasses and with an artfully mussed up bob.

With glass-cutting cheekbones and brows that are most certainly on fleek, the burgeoning It girl has been propelled to fame by 2015’s wave of social savvy celebrity offspring, not to mention her ultra cool Instagram account, which bathes in the soft glow of cool teens.

“Lily-Rose is stunning, she’s a young girl from a new generation with all the qualities of a star,” deigned Karl Lagerfeld via press release. With her mother’s own Chanel gig lasting over 25 years, let’s hope this one soars.