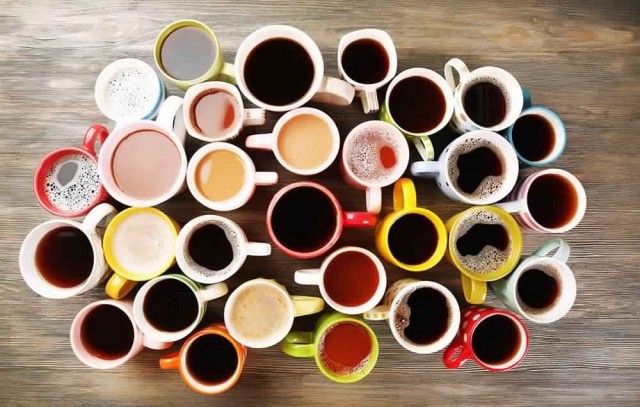 We’re not here to knock coffee. Our day doesn’t percolate without a morning mug of joe. Plus it’s linked to some pretty sweet perks, from healthy longevity to decreased risk for dementia. But your double shot could also serve up some not-so-welcome side effects—some you may not even link back to java. We’re not saying you have to quit coffee (as if), but there are tweaks to your daily ritual that can tone down its aftermath. (Looking for a new favorite coffee? Try Prevention’s Don’t Burn Out Roast organic coffee beans!)

1. You’re a Little Too Amped Up

Java jitters are a thing. Not only is coffee a central nervous system stimulant, but caffeine blocks adenosine receptors while jacking up adrenaline, dopamine, and glutamate, a combo that can cause a fight-or-flight frenzy. “Sympathetic nervous system activation can lead to anxiety, jitters, increased heart rate, irritability, and perhaps even anger outbursts,” says Michael Yassa, Ph.D., an associate professor of neurobiology and behavior at University of California, Irvine and director of the Center for the Neurobiology of Learning and Memory. (Find out how many cups of coffee is too many.)

Coffee fix: “Switching to decaf helps, as it reduces, but doesn’t completely eliminate, the caffeine intake,” says Yassa, who warns against coffee for anyone with a heart condition.

2.You Crash During the Day

Props to coffee for its pick-me-up benefits—it can take you from tired to wired in a flash. But when the jolt wears off, you could come crashing down. A study published in the journal Neuropsychopharmacology also found that caffeine could wreck productivity, causing hard workers to slack off. “Many people rely on their caffeine fix to help them feel alert in the day but it’s truly false energy,” warns Jenna Braddock, R.D.N., a sports nutritionist in St. Augustine, Florida.

Coffee fix: Make sure you eat for energy. “Only food can provide real fuel for your body,” adds Braddock.

3. You Take a LOT of Trips to the Bathroom

Coffee is a diuretic, meaning it can up your urinating frequency, especially if you’re not a regular coffee drinker. “While the research says coffee isn’t technically dehydrating, if you’re drinking coffee and not getting enough water, you’re not really hydrating your system,” says Corinne Dobbas, R.D., a San Francisco-based registered dietitian.

Coffee fix: Have a healthy snack with your espresso. “Food will slow down the movement of fluid through your stomach and digestive tract—and ultimately your bladder,” says Braddock.

Eye twitches seem to come out of nowhere, yet the National Institutes of Health lists caffeine among the top three causes. Research from York University shows that caffeine triggers the release of serotonin and noradrenaline, excitatory neurotransmitters that can increase reactivity in the muscles and nerves.

Coffee fix: Cut the coffee and up your water intake.

Coffee has a laxative effect on about 30 percent of people (decaf too!). Scientists aren’t exactly sure what triggers the toilet trip, but both coffee’s acidic content and its stimulating effect on the gut and colon could trigger that gotta-go urge.

6. Your Sleep Schedule Is Out of Whack

Science says coffee can sabotage slumber, wrecking quality and quantity, and making it harder to catch z’s—even when it’s sipped six hours before bedtime. Coffee can also hack your body’s circadian rhythm, giving you that jet lag-like sluggishness during daylight hours, too. “Sleep is so critical for all aspects of cognitive function, so any benefit expected from caffeine would be immediately eliminated if it led to sleep loss,” warns Yassa.

Coffee fix: Stop the Starbucks runs by 4 p.m. to keep from messing with your bedtime.