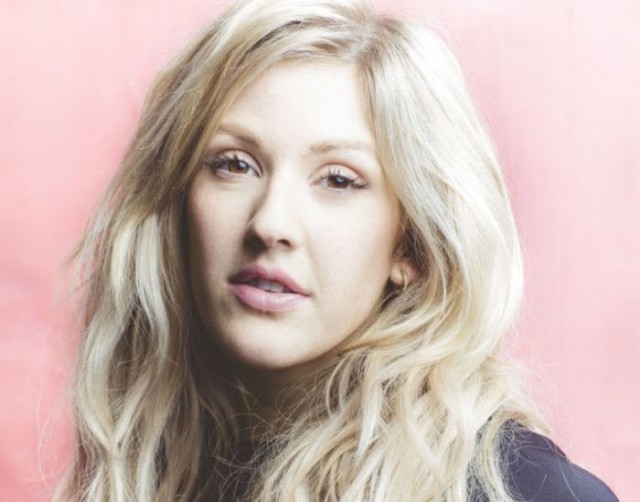 Like her genre-scrambling music, Ellie Goulding is full of delightful contradictions. The 29-year-old Brit is equally at ease in punky athletic gear as she is in the gold Alberta Ferretti gown she’s wearing when she greets me in a London hotel room; and while she’s a dynamo on the stage—banging a drum kit, slinging an electric guitar—in person, she’s serenity incarnate. Since capturing the world’s attention as William and Kate’s wedding singer in 2011, Goulding has sold more than 20 million records (her third album, Delirium, was released in November), been the rumored subject of Ed Sheeran’s hit “Don’t,” and played matchmaker for Taylor Swift and Calvin Harris. As she proudly shows off her new 18-piece makeup collaboration with M.A.C, Goulding reflects on what it takes to stay authentic in an industry that focuses as much on how you look as how you sound.

If your M.A.C collection were a song, what would it be?

That’s such a good question! You can do anything you want with it, so it’s like a song of mine called “Anything Could Happen.” I liked the idea of makeup that could be natural for day, but also quite extreme for evening.

When did you start wearing makeup?

I was about 13, maybe 12. I have early memories of my mom applying lipstick and it being on all the mugs around the house. When I was at university and couldn’t afford any makeup, I just had mascara and lipstick. I would use the lipstick on my mouth, cheeks, and eyes—but I obviously hadn’t discovered a lot yet.

Have you picked up any tips from friends?

I love nothing more than doing my makeup with friends. They definitely inspire me, but I’m the tip person. I’m always teaching people how to put individual lashes on. I don’t use tweezers, because it’s easier with the fingers. The trick is to place them at a bit of an angle—don’t lay them down flat on your lash line—so that they flare out to the sides. And don’t use too much glue. I apply mascara first, because it gives the lashes something to stick to. And then after they’re dry, I add a tiny bit more mascara, just on the ends—otherwise it can get messy.

Has being in the spotlight made you more or less likely to experiment?

It’s taken time to see what works for me. When I first started in music, I didn’t have a clue. I was hard on myself for not knowing what to wear or what kind of makeup I wanted. I was still very naïve and thought I had to look a certain way to be noticed.

How do you cope with having to always be photo-ready?

This sounds like a cliché, but I really have discovered the power of confidence. My face hasn’t changed, but I look different in photos now because I’m happy. I have a bit more acceptance and love for myself, and that’s really helped. A couple of weeks ago, my boyfriend [Dougie Poynter, of British band McBusted] and I went out to dinner, and I didn’t wear makeup. I didn’t feel insecure, which is interesting because that wouldn’t have been the case when I was younger.

Judging by your Instagram, you have a pretty rigorous fitness routine.

I like quick, high-intensity stuff, like boxing. I never used to be into yoga because I felt like it took too long, which defeats the whole object of being Zen, but I’m trying to do it whenever I can.