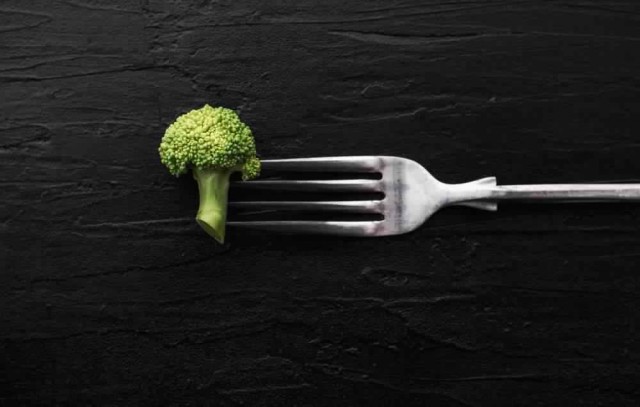 While it may sound like something out of a sci-fi movie, researchers have actually discovered that a certain compound could help reverse the effects of time by improving our metabolism, boosting our energy, and improving our insulin sensitivity. And it gets better: This compound is found in some fruits and veggies.

Studies at Washington University School of Medicine in St. Louis have shown that ingesting nicotinamide mononucleotide (NMN), which our bodies already produce naturally, has a positive, anti-aging effect on animals. Because the animal studies were such a success, researchers plan to continue trials on humans.

The animal study, which was published in Cell Metabolism, revealed that older mice that drank water supplemented with NMN saw improvements in metabolism and energy reserves. Interestingly, the enhanced water did not affect younger mice. That’s because our NMN supply diminishes as we age, so the older mice actually needed the supplement. (Lose up to 25 pounds in 2 months—and look more radiant than ever—with Prevention’snew Younger in 8 Weeks plan!)

NMN is found in fruits and veggies such as avocados, broccoli, cabbage, edamame, and cucumbers. So does this mean that if we binge on veggies that we’ll live forever? Not exactly. The supplement that the mice drank was much higher in NMN than vegetables are. While we are unable to eat enough veggies to replicate the exact effects of the study, heading for the produce aisle could still prove to have some anti-aging perks. “Eating these veggies might have some accumulative effect on the neuro-body connection,” says study author Shin-ichiro Imai, MD, PhD, a professor at Washington University School of Medicine.

And don’t expect instant anti-aging the effects will likely occur over a prolonged period of time. Stick with your recommended daily intake of fruits and vegetables, which is about ¼ to ½ of your plate at any given meal. Here, experts share the types foods that can help turn back time. In the study mentioned above, the mice that drank the supplemented water actually ate more than the control group and gained less weight. While we already know not to expect results as dramatic as those in the study, it can’t hurt to stock up on tomatoes, avocados, edamame, broccoli, and cucumbers. (Eat these superfoods for radiant skin.) NMN is a derivative of niacin, aka vitamin B3. “All of the B vitamins are important for energy, which includes giving us energy as well as boosting cell metabolism energy,” says Kristi King, MPH, RDN, a spokesperson for the Academy of Nutrition and Dietetics. Niacin-rich foods include peanuts, mushrooms, and fresh green tea. The phytonutrients found in orange and yellow fruits and vegetables like oranges, squash, carrots, and orange bell peppers can help improve your skin’s vibrancy and stop collagen breakdown in its tracks, says Torey Armul, MS, RD, LDN, a spokesperson for the Academy of Nutrition and Dietetics. Other antioxidant-rich fruits can also keep your skin looking youthful. Raspberries and pomegranates contain ellagic acid, an antioxidant that has been found to reduce collagen breakdown in animal studies. (Here’s how to easily deseed a pomegranate.) “In the aging process, usually you see an uptick in inflammation, but eating foods rich in omega-3s can help prevent that,” says King. Good fats found in almonds, seeds, fatty fish, and olive oil all help reduce inflammation. (Here are 7 food pairings that fight inflammation.) Research shows that people who follow the Mediterranean diet have lower rates of cognitive decline and a lower risk of Alzheimer’s disease as they age. Armul cites Mediteranean staples such as olive oil, fruits, vegetables, nuts, beans, and moderate amounts of wine as healthy bets for your brain.