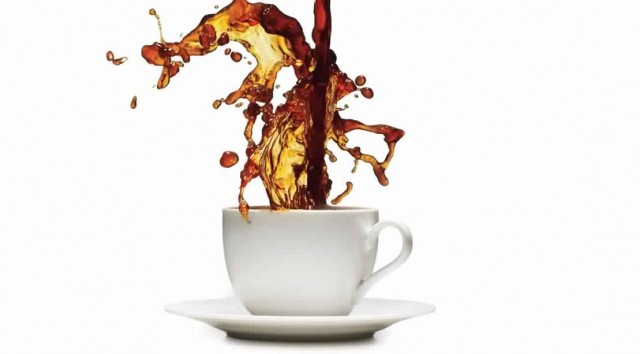 Good news for all beer-lovers out there beer can actually make your muscles stronger! Well, that is, if you’re up for the challenge of drinking 154 pints a day

A recent study conducted by Japanese scientists at the University of Tokushima showed that the flavonoid ingredient found in beer known as 8-prenylnarigenin (8-PN) significantly limited muscle atrophy in debilitated laboratory mice. The mice that were given the flavonoid saw minimal muscle loss compared to other mice that weren’t. The control group experienced a 10 percent decrease in muscle mass.

But don’t run to the store and pick up a six-pack just yet. In order to see the effects of this study on a human body, you’d have to drink so much beer—154 pints, to be exact—that you’d die of alcohol poisoning first.

In a more practical sense, scientists are now looking for alternative ways to get the daily dose of 8-PN necessary for the muscle-building benefits without the alcohol poisoning side effects. This could mean a huge breakthrough for elderly people suffering from severe muscle loss, preventing astronauts’ muscles from atrophying while in space and even for paralysis patients.

While beer isn’t the ideal fitness beverage of choice because of its high caloric content, it does offer other health benefits. Dark beer in particular contains more antioxidants, vitamins and minerals that have been proven to keep heart disease at bay Dark chocolate could actually help your training, according to a recent British study. Chocolate has already received acclaim for helping your heart, thanks to its ample levels of antioxidants. But researchers found that epicatechin, a nutrient found in cocoa, could impact nitric oxide, which may help blood flow and cardiac function. They tested amateur cyclists who snacked on 1.4 ounces of dark or white chocolate over a two-week period. The athletes who ate the dark chocolate were more efficient in their subsequent workouts and covered 17% more ground Among people with advanced colon cancer, drinking four or more cups of caffeinated coffee daily lowered the risk of cancer recurrence or death during the study by 52 percent compared to those who drank no coffee.

Drinking two or three cups per day was also beneficial, lowering the risk of recurrence or death by 31 percent.

The researchers stressed that other caffeinated beverages, such as soda, did not have the same effect. No link was found between decaffeinated coffee and risk of colon cancer recurrence either.

Further, a causal link was not found. This means it could simply be that coffee drinkers tend to follow a healthier overall lifestyle that’s contributing to the lower risk. However, the antioxidants and other beneficial plant compounds in coffee have been linked to a lower chronic disease risk before.

In fact, coffee has been linked to a lower risk type 2 diabetes as well, a condition known to increase the risk of colon cancer. It’s likely that compounds in coffee may lower the risk of multiple chronic diseases via similar pathways. When folks first meet me, they always want to know how much I work out and whether I ever eat anything bad. I always tell them I train every day and that while I typically eat more lean meats and vegetables, I do enjoy hot, crispy fries and a well-made bread pudding or crumble—with everything in moderation.

As a Brit, I grew up with bangers and mash—a popular Irish dish of sausages and mashed potatoes. To cut down on the fat, I’ve swapped chicken sausage for pork and half-and-half for heavy cream. I’ve included a variety of peppers to add both color and nutrients. Work out, eat right, and have fun. A quality life is about balance!

Chef’s Facts: According to historians, the term bangers dates back to World War II and pertains to sausages that were made with water and had a tendency to explode if not cooked carefully Like a lot of dedicated lifters, in your effort to keep your diet as strict as possible, you’ve actually limited an ingredient that is essential for strength—salt. In fact, judging by your sample meals, I feel that you have been purposely consuming as little sodium as possible, and that’s a mistake.

Sodium helps to regulate a number of key functions in the body, including muscle contraction, nerve function, blood volume, and acid-base balance. When you decrease your sodium intake, your body will compensate by excreting potassium, which will cause a decrease in the fluid volume of your muscle cells. This hurts their ability to grow. Increasing sodium intake, therefore, can increase muscle size by adding more fluid volume. A higher volume of intracellular fluid also increases protein turnover, further spurring growth. Another mechanism through which sodium can increase strength is by increasing extra-cellular fluid levels (fluid outside the cell membrane), which in turn improves the leverage in your joints, allowing you to move more weight on lifts. These increases in fluid volume both inside and outside the cell have also been shown to reduce the incidence of muscle strains and tendon injuries by decreasing the friction exerted upon these tissues. Finally, many critical amino acids are sodium-dependent. This means they are able to enter a muscle cell only when accompanied by a sodium molecule.

I’ll assume that your efforts to reduce sodium are a result of all the negative media reports about it causing high blood pressure and bloating. First, sodium hasn’t been shown conclusively to cause high blood pressure. A recent study also showed that cutting back on sodium does not lower blood pressure. Additionally, sodium does not contribute to fat gain or cause excessive water retention in healthy individuals. In case you’re wondering, you don’t need to make an extra effort to drink more water when consuming more sodium—all hard-training lifters should aim for about one gallon daily, or enough to keep your urine colorless.