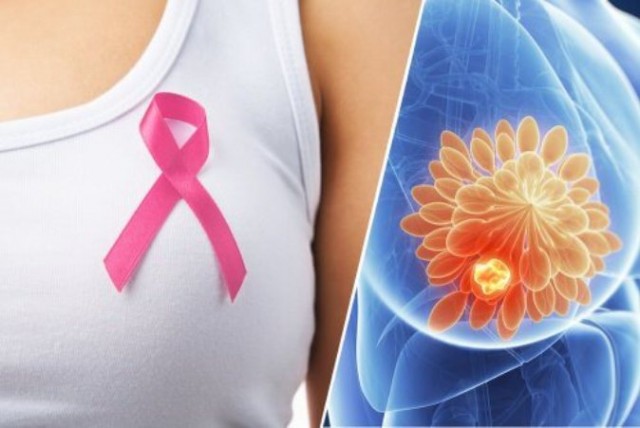 The majority of people ignore the signs the body gives to alert them that something is wrong. While it’s true that you don’t always need to be alarmed with the onset of every symptom, they shouldn’t be entirely ignored either since they could be an indication of a serious health problem.

In the case of breast cancer, experts insist that early detection is the most effective way to reduce the impact of the disease and increase the odds of survival.

However, it’s initial symptoms are often ignored and are only detected when the disease has progressed to the advanced stages in the majority of cases. Being familiar with the first signs and symptoms of breast cancer is a preventative measure to detect the illness early. Keep reading to learn about 10 breast cancer warning signs.

For many women, sudden weight loss can seem like a miracle, and most are in constant search of a way to lose weight or at the very least maintain a healthy waist size.

However, instead of joy, this symptom should be cause for concern as the sudden loss of 10 or more pounds is one of the first signs of breast cancer.

Feeling fatigued at the end of the day or while going through a tense situation is common. The risk comes when the fatigue becomes chronic and doesn’t go away after dedicating the proper amount of time to rest.

Any type of unexpected bleeding or hemorrhaging could be among breast cancer warning signs or other illnesses. In general, people with this disease experience a small amount of bleeding from the nipple.

The majority of lumps or nodules are often benign, but equally alarming. The skin covering the breast can also undergo changes that can also be a sign of breast cancer. The symptoms you should be aware of include:

Sinking of the nipple

While examining the breast, it’s really important to carefully examine the nipples to check that they’re normal and haven’t changed in appearance.

The retraction or sinking of the nipple is almost a sure sign of breast cancer.

In the first stages, it’s uncommon to feel pain or tightness in the breast.

However, when the disease has advanced, it’s very common to experience sensitivity and pain in the breasts without touching them.

Of course this pain should not be confused with the pain and sensitivity that can appear with PMS or mastitis.

Noticing changes in breast size are also really important for the early detection of breast cancer.

If one breast appears inflamed or smaller in size, it can be a sign that requires immediate medical attention.

Sometimes, nipple secretions aren’t a problem and disappear on their own in a few days.

However, in many cases of this disease, nipple secretions are reported as one of the symptoms. Women who have been diagnosed with breast cancer reported a foul-smelling secretion from one or both nipples.

Noticing changes in the shape or texture of the breast is another way to detect cancer early. Irregularities in the contour, as well as redness or small holes in the skin are clear signs of this disease.

What are some of the risk factors?

Breast cancer mostly affects women, but it is possible for it to develop in men. The main risk factors include: